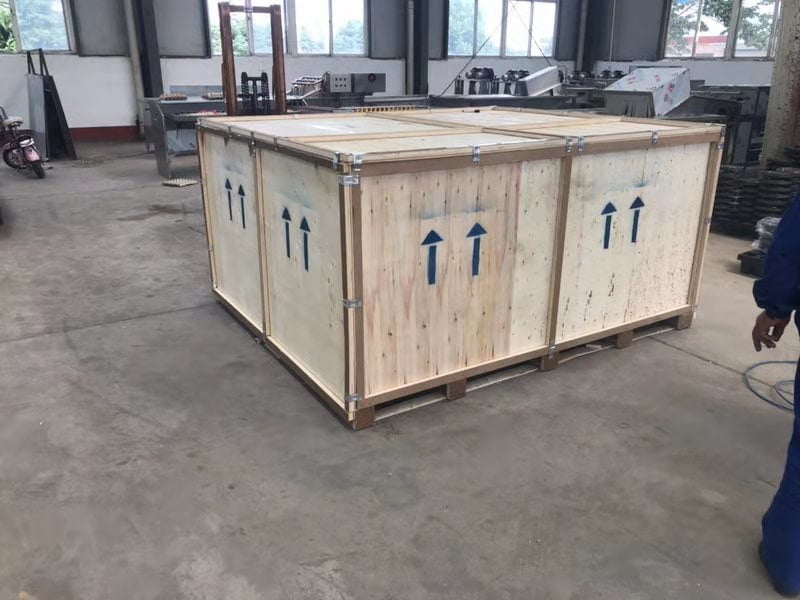 For small and medium-sized chicken farms, the efficient egg grading machine is very necessary, which can not only classify eggs quickly but also save a lot of labor. The small egg grading machine designed and manufactured by our factory has been exported to the United States, Denmark, Japan, Romania, Canada, the Philippines, and other countries due to its compact structure and simple operation. Last week, we once again exported an egg grading machine with a processing capacity of 1800pcs/h to Australia.

Why should a chicken farm choose an egg grading machine?

Generally, small and medium-sized chicken farms mainly sell fresh eggs. When the chickens on the farm lay their eggs, the workers collect the eggs uniformly. Workers then manually sort the collected eggs according to their size. The sorted eggs will be sold to different places, such as supermarkets, restaurants, etc.

Details about the Australia order of small egg grading machine

The Australian customer has been operating his own chicken farm for more than 5 years. His farm previously employed 12 workers, mainly responsible for the collection and sorting of fresh eggs. Last year, the customer renovated his farm and doubled the size of the chicken farm. With the expansion of the production scale, the client had to hire more workers, which greatly increased its investment costs.

Therefore, he decided to purchase automatic egg sorting equipment to replace workers. The Australian customer browsed the web pages of many egg grader manufacturers and consulted one by one. The customer stated that the amount of eggs processed on his farm is relatively large. If the equipment is used to sort eggs, about 1500 to 2000 eggs are processed per hour.

We recommended a 1800pcs/h small egg grading machine according to the customer’s needs. This machine has a light inspection function, which can pick out embryos and cracked eggs. In order to reduce the workload of workers, we also recommended automatic suction cups (suction eggs to the conveyor belt) for this Australian customer.

We conduct profit analysis for this customer free of charge. Using this small egg grading machine can reduce general labor costs for him. The Australian customer was very satisfied with the service provided by our factory, and soon paid the purchase price, and we quickly arranged the delivery for him.

What are the edible values of the tapioca pearls?