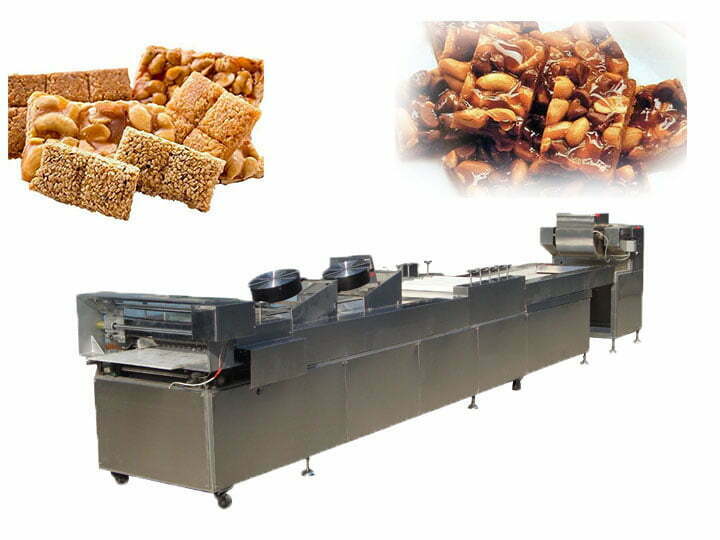 In the large-scale production of peanut candy in food processing plants, we usually use the peanut brittle bar forming machine to cut whole pieces of peanut candy into uniform-sized bars or cubes. The finished products processed by a peanut brittle cutter machine can be packaged into various exquisite packages, which is more attractive to consumers.

The peanut candy cutting machine is mainly composed of three parts: a pressing system, a cooling system, and a cutting system. It mainly has the functions of pressing, conveying, cooling, and cutting.

The front half of the automatic molding machine is mainly composed of a feed inlet, conveyor belt, pressure roller, fan, and so on. In addition, there are mixing blades and rotating shafts in the inlet, which can evenly press the relatively viscous peanut candy into the conveyor belt of the machine.

How Much is an Egg Coding Machine?

Can I Eat the Food Exposed to the UV Light Disinfection Machine?

Should We Wash Eggs with Commercial Egg Washer?

Why Automatic Pomegranate Peeler Can Be Sold in Africa for a Long Time?

How to maintain bubble vegetable washer?

What are the main applicable advantages of screw press juicer machine?